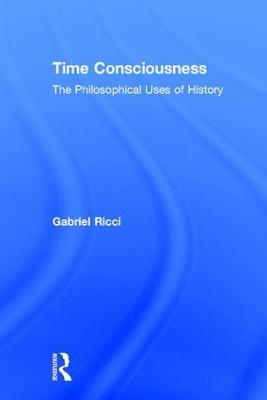 The Philosophical Uses of History

Traditional metaphysics is hostile to the world of the senses. From Plato to Kant, philosophers have demanded that the sensuous and corporeal aspects of existence be circumscribed by rational conditions and properties. Without these, the sensuous is unintelligible. This elevation of the ability to reason as quintessentially human has obscured efforts to acknowledge the pivotal role the historical imagination has in grounding experience. In The Philosophical Uses of History, Gabriel Ricci explores the opposite tendency, from Vico to Heidegger, to emphasize temporal and historical foundations of human consciousness.Ricci's goal is to demonstrate the reciprocity of history and philosophy. He challenges the epistemological construction of the subject-object relationship and the facile dualism originating from Descartes. Arguing that consciousness must be defined in time and space, he shows how Vico's philosophy of humanity, with its historical epistemology, resurrects the practical implications of ancient philosophy's demand that knowledge and truth derive from a productive process. Ricci analyzes Heidegger's philosophy as the modern embodiment of the temporality of consciousness, and he demonstrates the origins of his particular interpretation of human existence in Rickert's and Windelband's delineation of the historical and natural sciences.Ricci links their influence to Heidegger's dissent over Ranke's objectivist methodology, which ended with Heiddegger's emphasis of the historical character of human existence. Finally, the author argues for the compatibility of Heidegger's early existential analytic and his later investigation of poetry and his critique of the technological idiom which had colonized philosophy. In doing so, Ricci highlights the metaphoric and figurative predisposition of mind as synthetic functions of historical consciousness.In offering a thoroughly temporal interpretation of mind, Ricci illuminates the relationship between philosophy and history, poetry, the cognitive sciences, and the natural sciences. This work will be of interest to philosophers, literary scholars, and cultural historians. 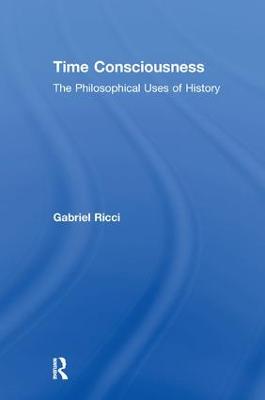 » Have you read this book? We'd like to know what you think about it - write a review about Time Consciousness book by Gabriel R. Ricci and you'll earn 50c in Boomerang Bucks loyalty dollars (you must be a Boomerang Books Account Holder - it's free to sign up and there are great benefits!)

Gabriel Ricci is associate professor of philosophy at Elizabethtown College in Pennsylvania.

A Preview for this title is currently not available.
More Books By Gabriel R. Ricci
View All