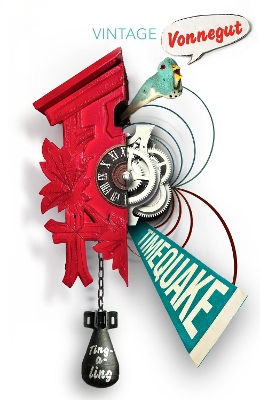 According to Vonnegut`s alter ego, science-fiction writer Kilgore Trout a global timequake will occur in New York City on 13 february 2001. It is the moment when the universe suffers a crisis of conscience. Should it expand or make a great big bang? It decides to back up a decade to 1991, making everyone in the world endure ten years of deja vu and a total loss of free will-not to mention reliving every nanosecond of one of the tawdiest and most hollow decades. In 1996, dead centre of the `re-run' Vonnegut is wrestling again with Time-quake 1, a book he couldn`t write the first time and won`t be able to now. As he struggles, he addresses, with his trademark wicked wit, the realationship between memory and deja vu, humanism, suicide, the Great Depression and World War 11 as the last generated character builders, the loss of American eloquence, the obsolescent thrill of reading books, and what `extended family' really means.

Other Editions - Timequake by Kurt Vonnegut 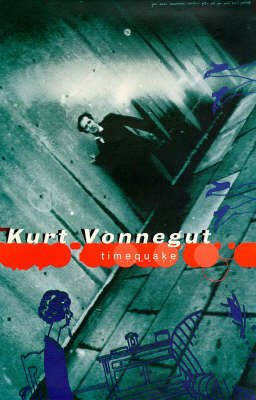 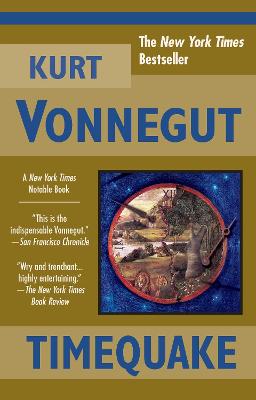 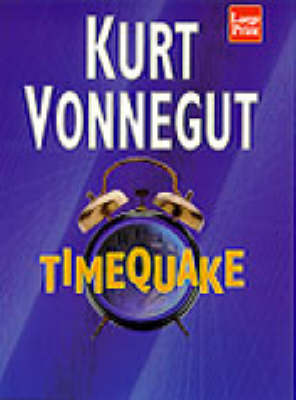 » Have you read this book? We'd like to know what you think about it - write a review about Timequake book by Kurt Vonnegut and you'll earn 50c in Boomerang Bucks loyalty dollars (you must be a Boomerang Books Account Holder - it's free to sign up and there are great benefits!)

Kurt Vonnegut was born in Indianapolis in 1922 and studied biochemistry at Cornell University. During the Second World War he served in Europe and, as a prisoner of was in Germany, witnessed the destruction of Dresden by Allied bombers, an experience which inspired his classic novel Slaughterhouse-Five. He is the author of thirteen other novels, three collections of stories and five non-fiction books. Kurt Vonnegut died in 2007.

A Preview for this title is currently not available.
More Books By Kurt Vonnegut
View All