In steam age America, men, monsters, machines and magic battle to claim the same scrap of earth and sky. In this chaos, one man fights to hold on to his humanity--and his honor. . .

Life on the frontier is full of deceit and danger, but bounty hunter Cedar Hunt is a man whose word is his bond. Cursed with becoming a beast every full moon, Cedar once believed his destiny was to be alone. But now, Cedar finds himself saddled with a group of refugees, including the brother he once thought lost.

Keeping his companions alive is proving to be no easy task, in part because of the promise he made to the unpredictable Madder brothers--three miners who know the secret mechanisms of the Strange. To fulfill his pledge, Cedar must hunt a powerful weapon known as the Holder--a search that takes him deep into the savage underbelly of the young country and high into the killing glim-field skies defended by desperate men and deadly ships.

But the battles he faces are just a glimmer of a growing war stirring the country. To keep his word Cedar must navigate betrayal, lies, and treacherous alliances, risking everything to save the lives of those he has come to hold dear... » Have you read this book? We'd like to know what you think about it - write a review about Tin Swift book by Devon Monk and you'll earn 50c in Boomerang Bucks loyalty dollars (you must be a Boomerang Books Account Holder - it's free to sign up and there are great benefits!)

Devon Monk has one husband, two sons, and a dog named Mojo. Surrounded by numerous colorful family members, she lives in Oregon. She has sold over fifty short stories to fantasy, science fiction, horror, humor, and young adult magazines and anthologies. She has been published in five countries and included in a year's best fantasy collection. 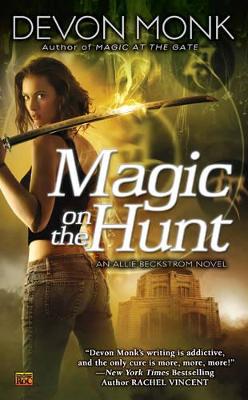 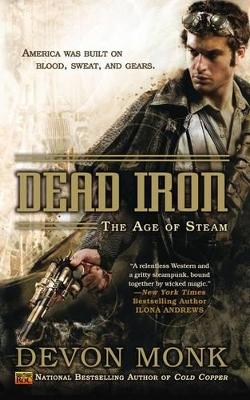