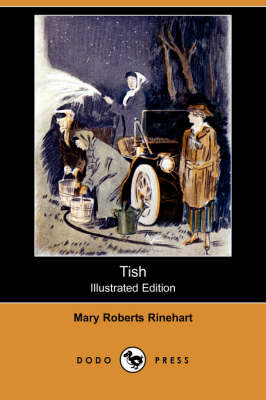 Mary Roberts Rinehart (1876-1958) was a prolific author often called the American Agatha Christie. "Dorothy B. Hughes, crime critic and novelist, says she 'has been and continues to be' the most important American woman mystery writer. " She was born in Allegheny City, Pennsylvania, which has been a part of the city of Pittsburgh since 1907. She attended public schools and graduated at the age of sixteen, then enrolling at the Pittsburgh Training School for Nurses at Homeopathic Hospital, where she graduated in 1896. During the stock market crash of 1903 Rinehart and her husband lost their savings, and this spurred her efforts at writing as a way to earn income. In 1907 she wrote The Circular Staircase, the novel that launched her to national fame. She wrote hundreds of short stories, poems, travelogues and special articles. Many of her books and plays were adapted for movies. While many of her books were best-sellers, critics were most appreciative of her murder mysteries. Her other works include The After House (1914), Kings, Queens and Pawns (1915), K (1915), Tish (1916) and Love Stories (1920).

» Have you read this book? We'd like to know what you think about it - write a review about Tish (Illustrated Edition) (Dodo Press) book by Mary Roberts Rinehart and you'll earn 50c in Boomerang Bucks loyalty dollars (you must be a Boomerang Books Account Holder - it's free to sign up and there are great benefits!)


A Preview for this title is currently not available.
More Books By Mary Roberts Rinehart
View All

Tenting To-Night; A Chronicle of Sport and Adventure in Glacier Park and the Cascade Mountains
$88.46 $98.29