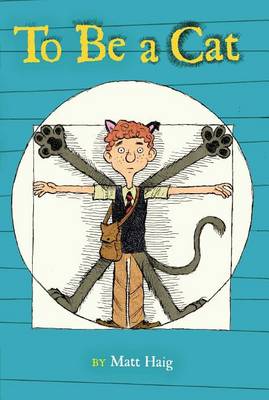 To Be a Cat

Description - To Be a Cat by Matt Haig

Twelve-year-old Barney Willow gets his wish to be a cat but soon discovers that not all felines are cute and cuddly--some are downright evil--and his life is in grave danger, but his missing father may be able to help.

Buy To Be a Cat by Matt Haig from Australia's Online Independent Bookstore, Boomerang Books.

Other Editions - To Be a Cat by Matt Haig 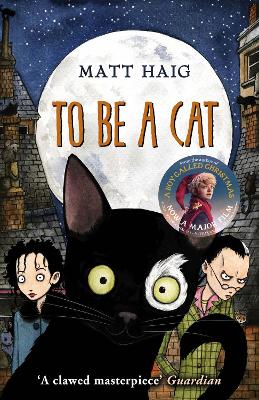 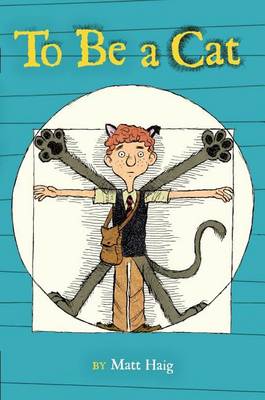 Book Reviews - To Be a Cat by Matt Haig

» Have you read this book? We'd like to know what you think about it - write a review about To Be a Cat book by Matt Haig and you'll earn 50c in Boomerang Bucks loyalty dollars (you must be a Boomerang Books Account Holder - it's free to sign up and there are great benefits!)

5 stars To Be A Cat is a stand-alone book for young readers by popular British author, Matt Haig. It’s Barney Willow’s twelfth birthday, but it’s hardly what you’d call a happy one. His parents are divorced, and his dad’s been missing, properly missing, since last summer. His mum is sad and a bit manic. He’s constantly picked on, by everyone, from the kids at school, especially that bully Gavin Needle, to the head teacher, Miss Polly Whipmire. He has one good friend, and she’s a girl; she’s not a girlfriend, no. Rissa Fairweather is cool and different and doesn’t care what anyone says about her.

By the end of the schoolday, things are about as bad as they can be: Barney’s got a letter to his Mum from Miss Whipmire. It’s his last warning, threatening expulsion next time he does something wrong. Fair enough if he did something wrong, but it’s Gavin who’s getting up to mischief and blaming him. That is, when Miss Whipmire isn’t reprimanding him for the tiniest thing. When he spots a cat on the way home, he fervently wishes they could swap places. Cats have a great life, don’t they? But don’t they say “Be careful what you wish for”?

The next morning, Barney wakes up as a cat. Actually, that cat. This causes more problems for him than he had ever dreamed were possible, but it turns out he hasn’t swapped bodies with just any cat. He’s now inhabiting a cat that’s in league with Miss Whipmire, and Miss Whipmire is not quite who or what she seems. While Barney is rescued from Miss Whipmire’s filing cabinet (and certain death) by brave and smart Rissa, that’s not the end of the story, and getting people to understand it’s him is, understandably, near impossible.

Young readers (and not so young) will enjoy the hilarious character names, descriptions (which are supplemented in the print version with wonderful illustrations by Stacy Curtis), and the occasional wordplay, as well as a clever plot with an exciting climax. And of course, there’s a worthwhile lesson on self-esteem in there too. This Carnegie Medal Nominee (2013), brilliantly narrated by Chris Pavlo, is a delightful read.

Matt Haig's first novel for young readers, Samuel Blink and the Forbidden Forest, won the UK's Blue Peter Book of the Year Award and the Gold Smarties Award. He is also the author of various adult novels, including The Labrador Pact and The Radleys. Reviewers have called his writing "totally engrossing," "touching, quirky, and macabre," and "so surprising and strange it vaults into a realm of his own." His books have been translated into twenty-five languages. He lives in York, England, and assures us he has never, ever been a cat--despite rumors that he was once a rather grumpy ginger tabby named Jeffrey. Stacy Curtis finds it purr-fectly impawsible he's ever been a cat. He is, however, a cartoonist, illustrator, printmaker, and twin who has illustrated more than twenty-five books for children, including the New York Times bestseller The 7 Habits of Happy Kids. He and his wife, Jann, live in the Chicago area and happily share their home with two dogs, Derby and Inky, and no cats.

A Preview for this title is currently not available.
More Books By Matt Haig
View All