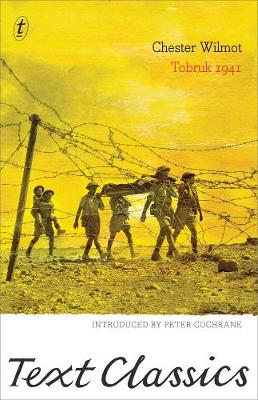 A classic of war reportage, first published in 1944, Tobruk 1941 is 'rivetingabrings to vivid life the battle.' (Age)

In early 1941 Australian soldiers stormed Italy's stronghold on the Libyan coast and took control of the port city of Tobruk. Heavily outnumbered, yet resourceful and defiant, the Australians then defended the garrison against sustained attack by German forces. For five months the 'Rats of Tobruk' held on, dealing a major blow to the Axis powers' North African campaign. Tobruk 1941 is the pioneering ABC reporter Chester Wilmot's on-the-ground account of the siege, a landmark work of war writing. This edition comes with a new introduction by the historian Peter Cochrane.

Other Editions - Tobruk 1941 by Chester Wilmot 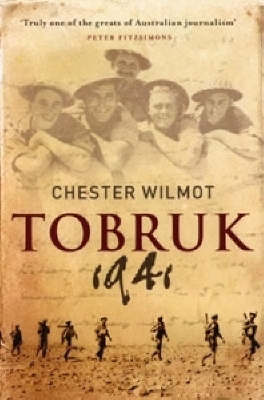 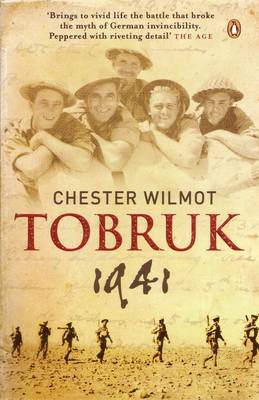 » Have you read this book? We'd like to know what you think about it - write a review about Tobruk 1941 book by Chester Wilmot and you'll earn 50c in Boomerang Bucks loyalty dollars (you must be a Boomerang Books Account Holder - it's free to sign up and there are great benefits!)

Chester Wilmot was born in 1911, and studied history and law at the University of Melbourne. After working briefly as a legal clerk, he became a war correspondent for the ABC and later the BBC, working in the Middle East, North Africa, Europe and New Guinea. A dynamic, innovative and sometimes controversial journalist, Wilmot reported from the frontlines of many key battles. He later settled in England, where he became a broadcaster and military historian. His second book, The Struggle for Europe (1952), was a bestseller and is still considered one of the finest books about World War II. Wilmot died in a plane crash in 1954.

A Preview for this title is currently not available.
More Books By Chester Wilmot
View All