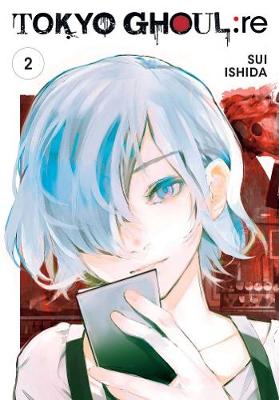 Haise Sasaki is in charge of turning the unruly members of the Qs Squad into an elite counter-Ghoul unit. But with everything to prove, will his team bite off more than it can chew when it starts investigating the mysterious organization Aogiri Tree? And can Haise be the mentor the Qs need when his forgotten past could come back to haunt him at any moment?

» Have you read this book? We'd like to know what you think about it - write a review about Tokyo Ghoul: re, Vol. 2 book by Sui Ishida and you'll earn 50c in Boomerang Bucks loyalty dollars (you must be a Boomerang Books Account Holder - it's free to sign up and there are great benefits!)