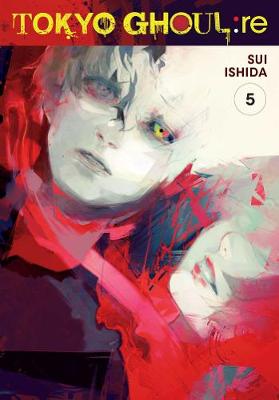 The Qs Squad once again proves its worth by going undercover to collect vital Ghoul information, allowing the CCG finally move forward with a massive eradication campaign. But this strike pushes the Qs to their limits, bringing all their weaknesses to the forefront. And Haise is the hardest hit when his hidden past rushes forth to impact his future!

» Have you read this book? We'd like to know what you think about it - write a review about Tokyo Ghoul: re, Vol. 5 book by Sui Ishida and you'll earn 50c in Boomerang Bucks loyalty dollars (you must be a Boomerang Books Account Holder - it's free to sign up and there are great benefits!)