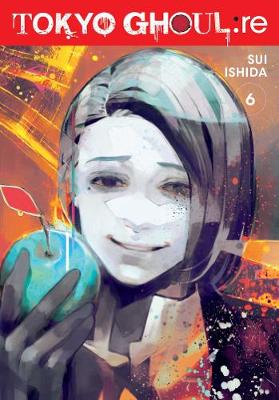 The CCG never thought that taking down the Rosewald family would be easy and, as expected, the casualties are piling up. Numbered among the wounded is Haise Sasaki, whose critical injuries leave him vulnerable when the past threatens to overwhelm him!

» Have you read this book? We'd like to know what you think about it - write a review about Tokyo Ghoul: re, Vol. 6 book by Sui Ishida and you'll earn 50c in Boomerang Bucks loyalty dollars (you must be a Boomerang Books Account Holder - it's free to sign up and there are great benefits!)