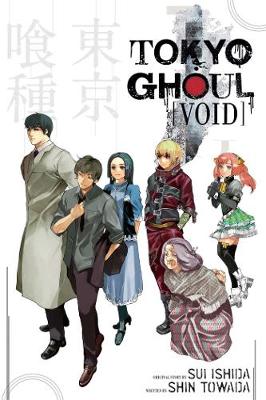 Explore the world of Tokyo Ghoul with these prose fiction spin-offs!

After the unprecedented raid on the Ghoul detention center by The Aogiri Tree organization, the Commission of Counter Ghoul is working to tighten security across the twenty-three wards. However, some Ghouls begin to cause unrest in the 8th Ward, continuing the cycle of retaliation between human and Ghoul. And what of Kaneki after he left the 20th Ward? This second novel depicts the aftermath six months after the 11th Ward occupation.

» Have you read this book? We'd like to know what you think about it - write a review about Tokyo Ghoul : Void book by Sui Ishida and you'll earn 50c in Boomerang Bucks loyalty dollars (you must be a Boomerang Books Account Holder - it's free to sign up and there are great benefits!)