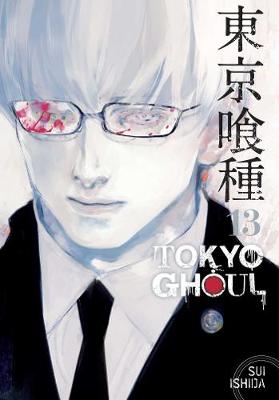 Investigators from the 20th Ward launch an initiative to take out the Ghoul known as the One-Eyed Owl, who has possible ties to both Akira and Yoshimura. An all-out assault on the Anteiku cafe, where the Owl is supposedly hiding, results in full-fledged battle.

» Have you read this book? We'd like to know what you think about it - write a review about Tokyo Ghoul, Vol. 13 book by Sui Ishida and you'll earn 50c in Boomerang Bucks loyalty dollars (you must be a Boomerang Books Account Holder - it's free to sign up and there are great benefits!)