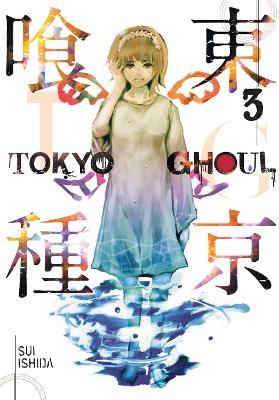 Kaneki is still trying to get used to his new life when Commission of Counter Ghoul agents Mado and Amon start sniffing around for Hinami. Kaneki and Touka are going to have to get them off her tail and fast. No easy task now that Kaneki's got to bring humans and Ghouls to a rapid truce at the same time.

» Have you read this book? We'd like to know what you think about it - write a review about Tokyo Ghoul, Vol. 3 book by Sui Ishida and you'll earn 50c in Boomerang Bucks loyalty dollars (you must be a Boomerang Books Account Holder - it's free to sign up and there are great benefits!)