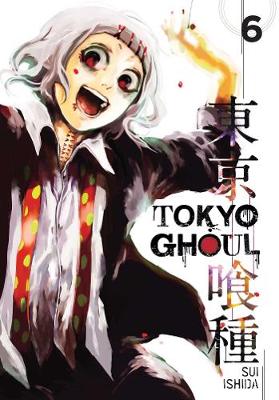 Things heat up in the 11th Ward as the CCG investigates the high rate of investigator deaths. Kaneki has an explosive run-in with Aogiri Tree, essentially a Ghoul Gang, run by a Ghoul known only as the One-Eyed King.

» Have you read this book? We'd like to know what you think about it - write a review about Tokyo Ghoul, Vol. 6 book by Sui Ishida and you'll earn 50c in Boomerang Bucks loyalty dollars (you must be a Boomerang Books Account Holder - it's free to sign up and there are great benefits!)