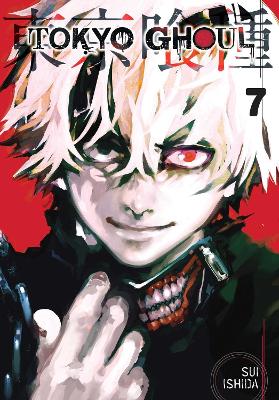 Kaneki is captured and then tortured by Yamori, one of Aogiri Tree organization's most sadistic members. To survive the interrogation, Kaneki will have to finally surrender to the Ghoul inside him, but if he does, it will change him permanently and push him even further away from being human.

» Have you read this book? We'd like to know what you think about it - write a review about Tokyo Ghoul, Vol. 7 book by Sui Ishida and you'll earn 50c in Boomerang Bucks loyalty dollars (you must be a Boomerang Books Account Holder - it's free to sign up and there are great benefits!)