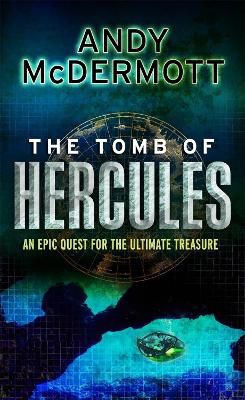 The Tomb of Hercules (Wilde/Chase 2)

Description - The Tomb of Hercules (Wilde/Chase 2) by Andy McDermott

From the author of THE HUNT FOR ATLANTIS, comes an electrifying new novel. Nina Wilde is on the hunt for the Tomb of Hercules. Studies of an ancient text have convinced archaeologist Nina Wilde that a tomb containing the remains of legendary warrior Hercules may actually exist. If she can locate it, it will be the most important historical find ever to be unearthed.As Nina and Eddie Chase, her ex-SAS bodyguard and now boyfriend, begin their search it s clear that others want to find the tomb and the unimaginable riches contained within. Nina and Chase are soon following a violent trail of corruption and conspiracy around the globe. From Switzerland to Shanghai, Botswana to London, it s a race against time to find the Tomb of Hercules before it falls into the most evil of hands...

» Have you read this book? We'd like to know what you think about it - write a review about Tomb of Hercules (Wilde/Chase 2) book by Andy McDermott and you'll earn 50c in Boomerang Bucks loyalty dollars (you must be a Boomerang Books Account Holder - it's free to sign up and there are great benefits!)

Andy McDermott works as a freelance writer (and occasional cartoonist) and in a previous incarnation was magazine editor for, amongst others, DVD Review" and the iconclastic film magazine Hotdog." Andy was born in West Yorkshire.