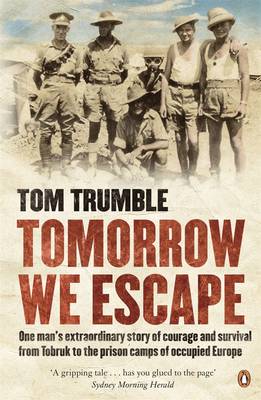 This is a thriller set amid the great battlefields and prison camps of the Second World War. Tom Trumble brings to life one man's extraordinary story of high adventure, courage, resilience and, above all, mateship.
On a November morning in 1943, escaped Australian POW Ian Busst comes within a day's march of Allied lines after journeying hundreds of miles on foot through war-torn Italy. The young man is starving and hypothermic, and the German 10th Army stands between him and freedom.

Years later, 95-year-old Busst can still recall his wartime experiences in the Royal Australian Engineers in incredible detail, from the sound of a strafing Messerschmitt to the appalling vision of his two mates blown apart by a high-calibre bomb. Busst's odyssey took him through the dark days of the Battle of Britain and fighting in the Western Desert. Captured near Tobruk during a daring night mission ahead of the German advance into Libya, he was sent to the prison camps of Italy and eventually to the dreaded Campo 57. Subjected to appalling conditions, Busst - known as 'Mad Bugger' - became obsessed with one objective- escape.

This is a thriller set amid the great battlefields and prison camps of the Second World War. Tom Trumble brings to life one man's extraordinary story of high adventure, courage, resilience and, above all, mateship.

'A gripping tale . . . has you glued to the page.' Sydney Morning Herald

Other Editions - Tomorrow We Escape by Tom Trumble 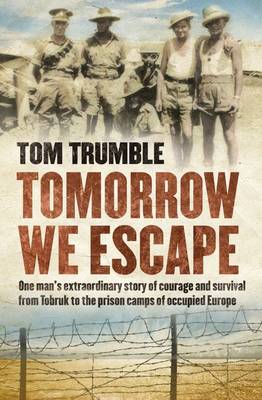 » Have you read this book? We'd like to know what you think about it - write a review about Tomorrow We Escape book by Tom Trumble and you'll earn 50c in Boomerang Bucks loyalty dollars (you must be a Boomerang Books Account Holder - it's free to sign up and there are great benefits!)

Tom Trumble has worked in journalism, policy development and book retailing. He graduated with honours in history, and has also studied music and journalism. He is the author of Unholy Pilgrims (2011) and Rescue at 2100 Hours (2013), both published by Penguin. He lives in Melbourne. http-//tomtrumble.wix.com/tomtrumble

A Preview for this title is currently not available.
More Books By Tom Trumble
View All

Unholy Pilgrims: How One Man Thought Walking 800 kilometres Across Spain Would Sort Out His Life
$40.49 $44.99