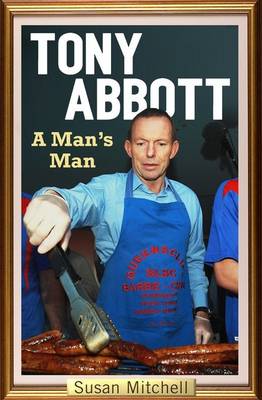 'If he's elected as our PM in the future I would be very scared for women everywhere.' - Mia Freedman When Julia Gillard - who was unmarried and childless, and an atheist - became prime minister in 2010, Tony Abbott was left boiling with rage. Not only had he lost, but he had been defeated by a modern woman. For the time being, the ambitions of this fundamentalist Catholic and fiercely combative reactionary politician had been thwarted. Tony Abbott, a former pugilist and would-be priest, has dedicated his public life to the prosecution of his deeply traditional values. A favoured son in his own family, and raised in a cloistered world of male institutions, he has always been drawn to powerful mentors from his own caste - priests, zealots, and father figures. Perhaps this is why so many voters, especially women, dislike him- they sense in Abbott's default aggressiveness and lack of balance a man not attuned to their centre-of-the-road, secular interests. In this blistering critique, Susan Mitchell explores how Australia's would-be prime minister became the man he is today . He is at war, not just with the government, but in an unrelenting battle for the hearts and minds of the Australian people. There is still time, he believes, to achieve the position that his male mentors think he is destined to hold - that of leading the country back to 'the proper order of things'. But is he the the prime minister-in-waiting that the country has to have - or does he pose an unacceptable threat to his own party and to the nation?

» Have you read this book? We'd like to know what you think about it - write a review about Tony Abbott: A Man's Man book by Susan Mitchell and you'll earn 50c in Boomerang Bucks loyalty dollars (you must be a Boomerang Books Account Holder - it's free to sign up and there are great benefits!)

Susan Mitchell is well known for her ground-breaking book Tall Poppies. She has published fourteen books, including a recent biography of Margaret Whitlam. Most of her books have narrated and analysed the lives of women in politics, business, sport, literature, and other major aspects of Australian society.