A Torch Against the Night

Description - A Torch Against the Night by Sabaa Tahir

The sequel to the explosive New York Times bestselling debut AN EMBER IN THE ASHES, that's captivated readers worldwide.

After the events of the Fourth Trial, Martial soldiers hunt Elias and Laia as they flee the city of Serra.

Laia and Elias are determined to break into the Empire's most secure and dangerous prison to save Laia's brother, even if for Elias it means giving up his last chance at freedom.

They will have to fight every step of the way to outsmart their enemies: the bloodthirsty Emperor Marcus, the merciless Commandant, the sadistic Warden of Kauf, and, most heartbreaking of all, Helene-Elias's former friend and the Empire's newest Blood Shrike.

Bound to Marcus's will, Helene faces a torturous mission of her own-one that might destroy her: find the traitor Elias Veturius and the Scholar slave who helped him escape . . . and kill them both.

In 2015, one book emerged as the most highly acclaimed fantasy debut. Now, the sequel will set the world on fire.

Buy A Torch Against the Night by Sabaa Tahir from Australia's Online Independent Bookstore, Boomerang Books.


Other Editions - A Torch Against the Night by Sabaa Tahir 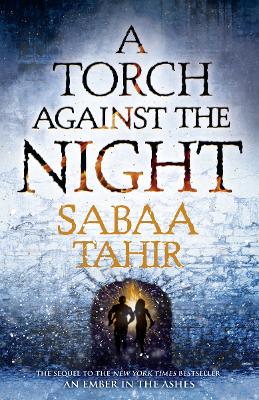 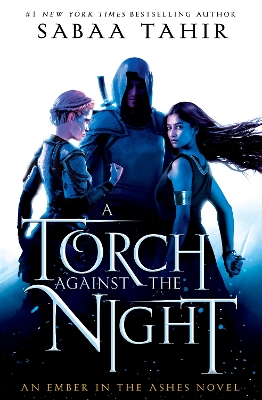 Book Reviews - A Torch Against the Night by Sabaa Tahir

» Have you read this book? We'd like to know what you think about it - write a review about Torch Against the Night book by Sabaa Tahir and you'll earn 50c in Boomerang Bucks loyalty dollars (you must be a Boomerang Books Account Holder - it's free to sign up and there are great benefits!)

Sabaa Tahir grew up in California's Mojave Desert at her family's eighteen-room motel. There, she spent her time devouring fantasy novels, raiding her brother's comic book stash, and playing guitar badly. She began writing An Ember in the Ashes while working nights as a newspaper editor. She likes thunderous indie rock, garish socks, and all things nerd. Sabaa currently lives in the San Francisco Bay area with her family.