The seventh novel in the bestselling Torchwood range from BBC Books

The hunters become the hunted.Shopping for wedding gifts is enjoyable, unless like Gwen you witness a Weevil massacre in the shopping centre. A trip to the zoo is a great day out, until a date goes tragically wrong and Ianto is badly injured by stolen alien tech. And Halloween is a day of fun and frights, before unspeakable monsters invade the streets of Cardiff and it's no longer a trick or a treat for the terrified population.Torchwood can control small groups of scavengers, but now someone has given large numbers of predators a season ticket to Earth. Jack's investigation is hampered when he finds he's being investigated himself. Owen is convinced that it's just one guy who's toying with them. But will Torchwood find out before it's too late that the game is horribly real, and the deck is stacked against them?Featuring Captain Jack Harkness as played by John Barrowman, with Gwen Cooper, Owen Harper, Toshiko Sato and Ianto Jones as played by Eve Myles, Burn Gorman, Naoki Mori and Gareth David-Lloyd, in the hit science fiction series created by Russell T Davies for BBC Television. 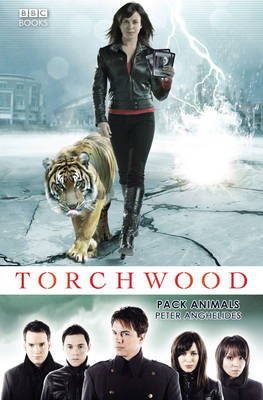 » Have you read this book? We'd like to know what you think about it - write a review about Torchwood: Pack Animals book by Peter Anghelides and you'll earn 50c in Boomerang Bucks loyalty dollars (you must be a Boomerang Books Account Holder - it's free to sign up and there are great benefits!)


A Preview for this title is currently not available.
More Books By Peter Anghelides
View All