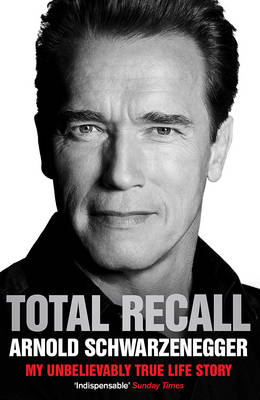 In his signature larger-than-life style, Arnold Schwarzenegger's Total Recall is a revealing self-portrait of his illustrious, controversial and truly unique life.

Born in a small Austrian town in 1947, a year of famine, he was the son of an austere police chief. He dreamed of moving to America to become a bodybuilding champion and a movie star. By the age of 21, he was living in Los Angeles and had been crowned Mr Universe. Within five years, he had learned English and become the greatest bodybuilder in the world. Within ten years, he had earned his college degree and was a millionaire from his business enterprises in real estate, landscaping and bodybuilding. He was also the winner of a Golden Globe Award for his debut as a dramatic actor in Stay Hungry.

But that was only the beginning. The Terminator spawned numerous sequels and made him one of Hollywood's biggest stars, as he had a series of hit films including Predator, Total Recall, True Lies and Twins. He married Maria Shriver, becoming part of the Kennedy clan, while going on to become the Republican governor of California, where he led the state through a budget crisis, natural disasters and political turmoil.

It is the greatest immigrant success story of our time. His story is unique, and uniquely entertaining, and he tells it brilliantly in these pages. Until now, he has never told the full story of his life, in his own voice. Here is Arnold, with total recall. 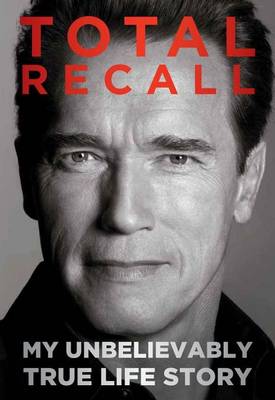 » Have you read this book? We'd like to know what you think about it - write a review about Total Recall book by Arnold Schwarzenegger and you'll earn 50c in Boomerang Bucks loyalty dollars (you must be a Boomerang Books Account Holder - it's free to sign up and there are great benefits!)

Arnold Schwarzenegger, born in Thal, Austria in 1947, was Governer of California from 2003-2011. Before that, he had a long career starring in such films as the Terminator series, Stay Hungry, for which he won a Golden Globe,Twins, Predator, and Junior. His first book Arnold: The Education of a Bodybuilder was a bestseller when publisher in 1977 and has never been out of print since. The New Modern Encyclopedia of Bodybuilding has sold more than half a million copies in the past decade. Total Recall is his first public reflection on his term as Governor during what was perhaps California's most tumultous decade.