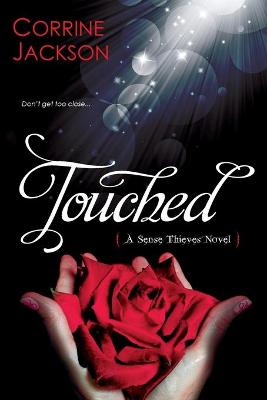 Remy O'Malley heals people with touch - but every injury she cures becomes her own. Living in a household with an abusive stepfather, she has healed untold numbers of broken bones, burns, and bruises. And then one night her stepfather goes too far. Being sent to live with her estranged father offers a clean start and she is eager to take it. Enter Asher Blackwell. Once a Protector of Healers, Asher sacrificed his senses to become immortal. Only by killing a Healer can a Protector recover their human senses. Falling in love is against the rules between these two enemies. Because Remy has the power to make Protectors human again, and when they find out, they'll be coming for her - if Asher doesn't kill her first.

» Have you read this book? We'd like to know what you think about it - write a review about Touched book by Corrine Jackson and you'll earn 50c in Boomerang Bucks loyalty dollars (you must be a Boomerang Books Account Holder - it's free to sign up and there are great benefits!)

Corrine Jackson is a San Francisco transplant, having lived on both coasts from Southern California to New York City. For the last seven years, she has sharpened her marketing talents at Alcone Marketing, where she has won several industry awards. She has bachelor's and master's degrees in English, and is in her third year of Spalding University's MFA program. A recipient of a West Chester Poetry Conference scholarship, she is also the former Editor-in-Chief of two literary magazines, including Statement (CSU, Los Angeles) and Dash (CSU, Fullerton).

A Preview for this title is currently not available.
More Books By Corrine Jackson
View All