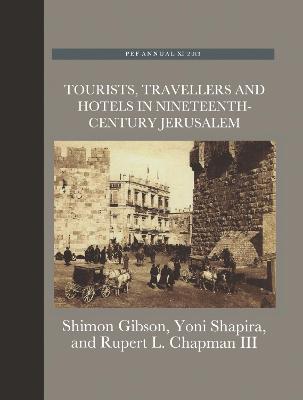 On Mark Twain and Charles Warren at the Mediterranean Hotel

Jerusalem was a constant focus in the hearts and minds of all pilgrims and tourists travelling to the Holy Land in the nineteenth century, but knowing exactly where they might get clean and decent accommodations on arrival was of the utmost importance.
This volume is a study of the rise of commercial hotel keeping in Jerusalem, from the beginnings in the early 1840s, drawing extensively on travel accounts and archives, notably those of the Palestine Exploration Fund.

Chapters cover modes of travel and the role of dragomen, the appearance of early guidebooks, and various other aspects of secular tourism, such as the development of travel bureaus in the Levant, notably the Thomas Cook & Son company, and the significant part that freemasonry played amongst tourism vendors.

The book primarily provides readers with a comprehensive account of early hotels, inns and hostels in Jerusalem, and the names and personal histories of their proprietors. Special attention is given to the development of the Mediterranean Hotel which was one of the most important establishments of its kind in nineteenth-century Jerusalem, and the fascinating story of the rediscovery of its second location.

Many travellers passed through its doors, notably the writers Herman Melville and Mark Twain, U. S. Grant, the explorer Charles Warren, and members of the Survey of Western Palestine mapping party.

This study which includes a wide variety of pictorial archival materials was initiated and made possible by the Shapell Manuscript Foundation. 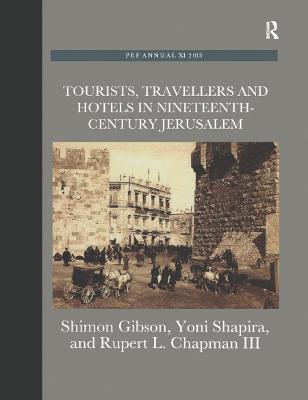 » Have you read this book? We'd like to know what you think about it - write a review about Tourists, Travellers and Hotels in 19th-Century Jerusalem book by Rupert L. Chapman, Iii and you'll earn 50c in Boomerang Bucks loyalty dollars (you must be a Boomerang Books Account Holder - it's free to sign up and there are great benefits!)


A Preview for this title is currently not available.
More Books By Rupert L. Chapman, Iii
View All