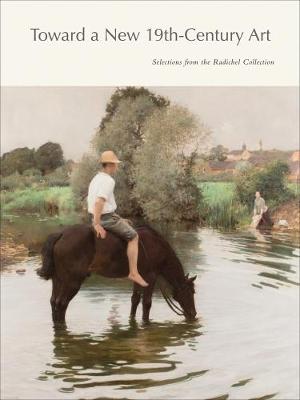 Toward a New 19th-Century Art

Selections from the Radichel Collection

Description - Toward a New 19th-Century Art by

Naturalist and symbolist painting of late nineteenth century France and Belgium, from the private collection of Brad Radichel A fresh analysis of familiar painters as well as an introduction to painters who are largely unknown to English-language audiences New scholarship on little studied landscape artists who were based in Belgium during the second half of the nineteenth century Naturalist and symbolist painting of late nineteenth century France and Belgium encompasses subjects ranging from rural life to the concerns of urban artists, and the development of landscape as a symbolist genre. In this book, art historians Dr. Gabriel P. Weisberg and Dr. Janet Whitmore explore these topics in the context of an art collection that features previously unknown work by well known painters such as Jules Breton, Jules Bastien-Lepage, Leon Frederic, Marie Braquemond, Jan Toroop and Jean-Charles Cazin. Contents: A New Look: The Later Nineteenth Century Reframed The School of Tervuren On Collecting Catalogue Bibliography

Book Reviews - Toward a New 19th-Century Art by

» Have you read this book? We'd like to know what you think about it - write a review about Toward a New 19th-Century Art book by and you'll earn 50c in Boomerang Bucks loyalty dollars (you must be a Boomerang Books Account Holder - it's free to sign up and there are great benefits!)