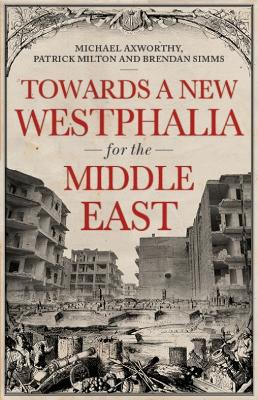 Towards A Westphalia for the Middle East

Description - Towards A Westphalia for the Middle East by Patrick Milton

It was the original forever war, which went on interminably, fuelled by religious fanaticism, personal ambition, fear of hegemony, and communal suspicion. It dragged in all the neighbouring powers. It was punctuated by repeated failed ceasefires. It inflicted suffering beyond belief and generated waves of refugees. No, this is not Syria today, but the Thirty Years' War (1618-48), which turned Germany and much of central Europe into a disaster zone.

The Thirty Years' War is often cited as a parallel in discussions of the Middle East. The Peace of Westphalia, which ended the conflict in 1648, has featured strongly in such discussions, usually with the observation that recent events in some parts of the region have seen the collapse of ideas of state sovereignty--deas that supposedly originated with the 1648 settlement.

Axworthy, Milton and Simms argue that the Westphalian treaties, far from enshrining state sovereignty, in fact reconfigured and strengthened a structure for legal resolution of disputes, and provided for intervention by outside guarantor powers to uphold the peace settlement. This book argues that the history of Westphalia may hold the key to resolving the new long wars in the Middle East today.

Buy Towards A Westphalia for the Middle East by Patrick Milton from Australia's Online Independent Bookstore, Boomerang Books.

» Have you read this book? We'd like to know what you think about it - write a review about Towards A Westphalia for the Middle East book by Patrick Milton and you'll earn 50c in Boomerang Bucks loyalty dollars (you must be a Boomerang Books Account Holder - it's free to sign up and there are great benefits!)