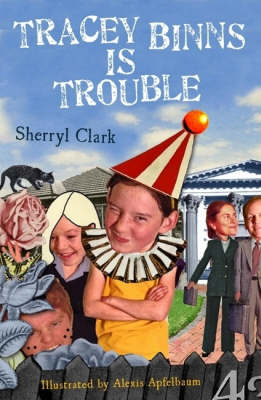 Tracey Binns is trouble. Or at least that's what she wants everyone to believe. While her parents work hard to provide the perfect life in the perfect house, Tracey is working hard at misbehaving. But new girl Isabella, convinced there's more to Tracey than meets the eye, enters her in the inter-school Best Brands Computers competition. And that's when Tracey's true colours begin to show. But she isn't the only one with something to hide. What secret is Isabella keeping from Tracey and is their friendship strong enough to survive once it is discovered? Tracey Binns is Trouble is an entertaining story of friendship, acceptance and the things that really matter.

» Have you read this book? We'd like to know what you think about it - write a review about Tracey Binns Is Trouble book by Sherryl Clark and you'll earn 50c in Boomerang Bucks loyalty dollars (you must be a Boomerang Books Account Holder - it's free to sign up and there are great benefits!)