This book traces the journey of Mahatma Gandhi, from being a simple and truth-seeking human being, a satyarthi, to a committed, conscious and social human being, a satyagrahi. It specifically looks at this critical transformation during the time Gandhi was in South Africa. The central argument of the book is that Gandhi evolved from being a satyarthi to a satyagrahi in South Africa. Subsequently in India, he consolidated his orientation with an emphasis on praxis, by developing his ideas as instruments for social and individual struggles. Marked by a series of events, this period was an intense quest of self-realization and understanding, and shows his journey from being Mohandas Karamchand Gandhi to being Mahatma Gandhi.

Lucid and accessible, the book will be useful to scholars and researchers of Gandhi studies, Indian political thought, modern Indian history, and political studies.

Other Editions - Tracing Gandhi: Satyarthi to Satyagrahi by Samir Banerjee 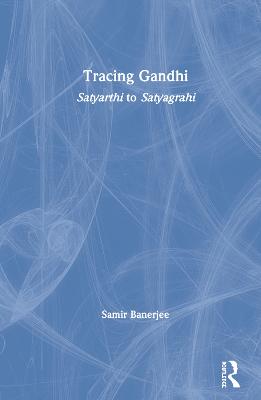 » Have you read this book? We'd like to know what you think about it - write a review about Tracing Gandhi: Satyarthi to Satyagrahi book by Samir Banerjee and you'll earn 50c in Boomerang Bucks loyalty dollars (you must be a Boomerang Books Account Holder - it's free to sign up and there are great benefits!)


A Preview for this title is currently not available.
More Books By Samir Banerjee
View All