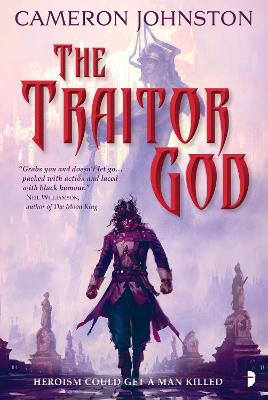 A city threatened by unimaginable horrors must trust their most hated outcast, or lose everything, in this crushing epic fantasy debut.

After ten years on the run, dodging daemons and debt, reviled magician Edrin Walker returns home to avenge the brutal murder of his friend. Lynas had uncovered a terrible secret, something that threatened to devour the entire city. He tried to warn the Arcanum, the sorcerers who rule the city. He failed. Lynas was skinned alive and Walker felt every cut. Now nothing will stop him from finding the murderer. Magi, mortals, daemons, and even the gods - Walker will burn them all if he has to. After all, it wouldn't be the first time he's killed a god...

Other Editions - The Traitor God by Cameron Johnston 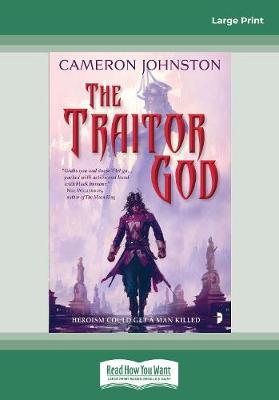 » Have you read this book? We'd like to know what you think about it - write a review about Traitor God book by Cameron Johnston and you'll earn 50c in Boomerang Bucks loyalty dollars (you must be a Boomerang Books Account Holder - it's free to sign up and there are great benefits!)

CAMERON JOHNSTON lives in Glasgow, Scotland, with his wife and an extremely fluffy cat. He is a swordsman, a gamer, an enthusiast of archaeology, history and mythology, a builder of LEGO, and owns far too many books to fit on his shelves. He loves exploring ancient sites and camping out under the stars by a roaring fire.

A Preview for this title is currently not available.
More Books By Cameron Johnston
View All