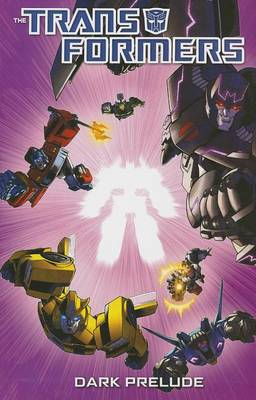 The Spotlight falls on Orion Pax, Thundercracker, Megatron, Bumblebee, Trailcutter, and Hoist in this collection of six individual stories that explain an important moment in each character's life. From the distant past to current events, each story adds to the Cybertronian lore.

» Have you read this book? We'd like to know what you think about it - write a review about Transformers Dark Prelude book by Nick Roche and you'll earn 50c in Boomerang Bucks loyalty dollars (you must be a Boomerang Books Account Holder - it's free to sign up and there are great benefits!)

A Preview for this title is currently not available.
More Books By Nick Roche
View All