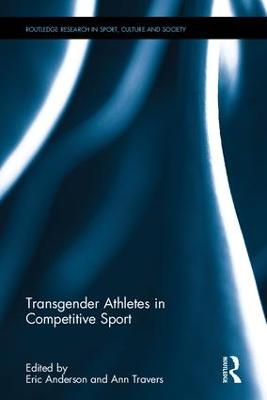 Transgender Athletes in Competitive Sport is important reading for all students and scholars of the sociology of sport with an interest in the relationship between sport and gender, politics, identity and ethics.

Other Editions - Transgender Athletes in Competitive Sport by Eric Anderson 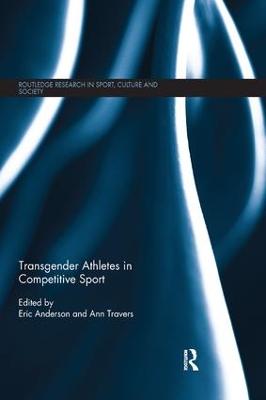 » Have you read this book? We'd like to know what you think about it - write a review about Transgender Athletes in Competitive Sport book by Eric Anderson and you'll earn 50c in Boomerang Bucks loyalty dollars (you must be a Boomerang Books Account Holder - it's free to sign up and there are great benefits!)

Eric Anderson is Professor of Sport, Masculinities and Sexualities at the University of Winchester, UK. He holds four degrees, has published 17 books, over 60 peer-reviewed articles, and is regularly featured in international television, print and digital media. Professor Anderson is recognized for research excellence by the British Academy of Social Sciences and is a fellow of the International Academy of Sex Research. His work shows a decline in cultural homohysteria and promotes inclusive attitudes toward openly gay, lesbian and bisexual athletes as well as a softening of heterosexual masculinities Ann Travers is Associate Professor of Sociology at Simon Fraser University, Canada. She has published two books, 13 peer-reviewed articles, is a regular presenter at conferences relating to sport, embodiment and sociology more generally. She has received over $200,000 in funding for her research relating to sport and gender and transgender issues in sport

A Preview for this title is currently not available.
More Books By Eric Anderson
View All