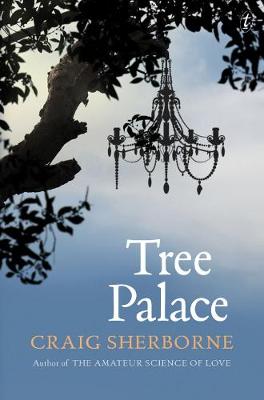 Longlisted for the 2015 Miles Franklin Literary Award They tried Mansfield but it was freezing and snowed and people like them don't fit in because they don't look prosperous. One time near Yellingbo they found a church no one prayed in and they lived there and for three weeks had stained glass for windows...... They got chased out and went to Shepparton but Shane had a run-in and police said move. Shane, Moira and Midge, along with young Zara and Rory, are 'trants' - itinerants roaming the plains north-west of Melbourne in search of disused houses to sleep in, or to strip of heritage fittings when funds are low. When they find their Tree Palace outside Barleyville, things are looking up. At last, a place in which to settle down. But Zara, fifteen, is pregnant and doesn't want a child. She'd rather a normal life with town boys, not trant life with a baby. Moira decides to step in- she'll look after her grandchild. Then Shane finds himself in trouble with the local cops...... Warmly told and witty, Craig Sherborne's second novel is a revelation - an affecting story of family and rural life.

» Have you read this book? We'd like to know what you think about it - write a review about Tree Palace book by Craig Sherborne and you'll earn 50c in Boomerang Bucks loyalty dollars (you must be a Boomerang Books Account Holder - it's free to sign up and there are great benefits!)

Tree Palace is the second novel by Australian author, playwright and poet, Craig Sherborne. Moira, Shane, Midge, Zara and Rory are trants (itinerants). After many years of moving around, they have stopped at Barleyville, on the plains west of Melbourne, squatting in a derelict old cottage they call their Tree Palace, annexed by their caravan and a tent. Half-brothers Shane and Midge are accomplished at salvaging sought-after heritage-quality fittings from old homesteads. They are also experts at getting social security benefits whilst staying under the radar. They may be trants, and there may be no water or power laid on at their palace, but Moira still insists on certain standards in raising her children, Zara and Rory. And now there’s Mathew, fifteen-year-old Zara’s baby. But Moira finds that Zara is less than enamoured with the idea of motherhood, Rory is getting into mischief, the Police don’t like her driving without a licence and Shane’s business is running into problems. Sherborne gives the reader a revealing look at the world of itinerants and squatters, their principles and morals, their values, virtues and vices, their loves and loyalties. Readers may well gasp at the lack of guilt or conscience that his characters display when taking something they feel they need, be it a necklace from Salvos, a lead-light window from a homestead or a place to settle down. Nonetheless, his characters are familiar, see in any town, and their dialogue is natural and credible. Sherborne treats the reader to some wonderfully descriptive prose: “The best thing was the house. When they first saw it it no longer looked liveable because the grass sprouted in the roof and pushed up through the floor. That could be dealt with. It was old with a wrinkled feel the way the weatherboards had peeled and twisted. From the front it looked like a face with its open door hanging wide from the hinges and either side a window for eyes. Tattered blinds fluttered like eyelids and when birds flew out of the broken glass the window could have been blinking” is just one example. An eye-opening read.

Craig Sherborne's memoir Hoi Polloi was shortlisted for the Queensland and Victorian Premier's Literary Awards. The follow-up, Muck, won the Queensland Literary Award for Non-fiction. Sherborne's debut novel, The Amateur Science of Love, won the Best Writing Prize in the 2012 Melbourne Prize for Literature and was shortlisted for the NSW and Victorian Premiers' Awards. He has also written two volumes of poetry, and his journalism and poetry have appeared in most of Australia's leading literary journals and anthologies.