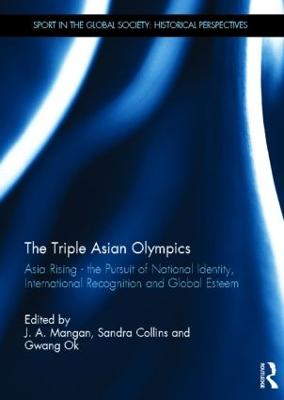 The Pursuit of National Identity, International Recognition and Global Esteem

Realpolitik as a component of the Olympic Games held in East Asia has been largely ignored by historians. However, sport was an integral part of cultural diplomacy and the expression of national prowess for the three Games held in East Asia: 1964 Tokyo, 1988 Seoul and 2008 Beijing. It is time this was recorded. The Olympic Games had transformational political, economic and cultural effects for the host cities and countries. This also is a neglected topic.

The Triple Asian Olympics: Asia Rising explores the realities of global transformation, regional ascendancy and metaphorical modernity of the East Asian Olympics and, by extension, East Asia. As the axis of global geo-political and economic power shifts to the East, analyzing the significance of the Olympic Games in East Asia becomes significant to an understanding the shifting nature of the nations of East Asia. The Triple Asian Games are harbingers of dramatic geopolitical change. This is the first study to record, confront and examine this contemporary phenomenon. For this reason, this unique collection promises to attract a wide readership.

This book was originally published as a special issue of The International Journal of the History of Sport.

Other Editions - The Triple Asian Olympics - Asia Rising by J. A. Mangan 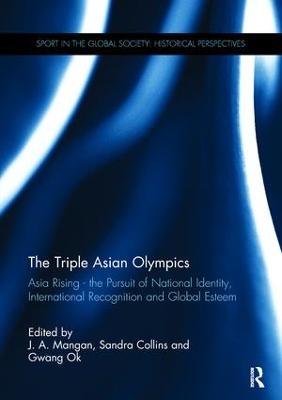 » Have you read this book? We'd like to know what you think about it - write a review about Triple Asian Olympics - Asia Rising book by J. A. Mangan and you'll earn 50c in Boomerang Bucks loyalty dollars (you must be a Boomerang Books Account Holder - it's free to sign up and there are great benefits!)

J.A.Mangan, FRHS, FRAI, D. Litt and emeritus Professor, Strathclyde University, UK, Founding Editor of IJHS and SGS and other Routledge journals has lectured world wide. Fellowships cover America, Africa, Australia and Europe including Berkeley, Oxford and Cambridge. Publications include three internationally acclaimed monographs: Athleticism in the Victorian and Edwardian Public School, The Games Ethic and Imperialism and 'Manufactured' Masculinity: Making Imperial Manliness, Morality and Militarism. Sandra Collins is an Assistant Professor of History of California State University-Chico, USA. An inaugural Post-Graduate Research Scholar of the International Olympic Committee, she is an author of the Missing Olympics and co-editor of Olympism. She has published on the Olympic Movement and sport in East Asia for over a decade. Gwang Ok is a professor of Exercise Science at Chungbuk National University in South Korea. He is also the Executive Director of Continuing Education for the university. Ok's scholarship has focused on imperialism, nationalism and colonialism in modern Korean sport. He has published numerous articles on these topics, and the book, The Transformation of Modern Korean Sport: Imperialism, Nationalism, Globalization.

A Preview for this title is currently not available.
More Books By J. A. Mangan
View All