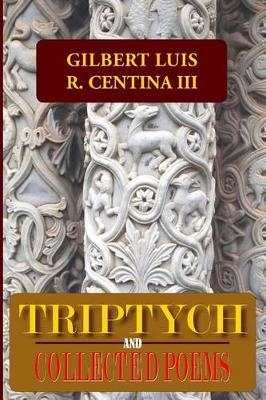 Triptych and Collected Poems represents over thirty years of Gilbert Luis R. Centina III's poetic works, which critics have described as "modern poetry at its best," "lyrical" and "eloquent." It cements his reputation as a religious poet who "honors the [Catholic] church's fortitude, individual spirit and conviction, belief and the voyage thereof." Written in four different continents (Asia, Europe and the two Americas), it echoes his own personal quest for that Beauty ever ancient, ever new, as described by Saint Augustine, the spiritual founder of his religious order. That pursuit is by no means without its struggles, which is not a revelation in itself, considering that it is, after all, a part of the human experience, with all its foibles, disappointments and triumphs. But it is a search rooted in the firm belief that when all is said and done, our heart is restless until it finally rests in the bosom of our Creator.

» Have you read this book? We'd like to know what you think about it - write a review about Triptych book by Gilbert Luis R Centina III and you'll earn 50c in Boomerang Bucks loyalty dollars (you must be a Boomerang Books Account Holder - it's free to sign up and there are great benefits!)

Gilbert Luis R. Centina III is a prize-winning Asian American Catholic author. He has written six poetry collections, two novels and a literary criticism. He holds an M.A. in comparative literature and a licentiate in sacred theology. He has worked as a professorial lecturer, editor and newspaper columnist and as a missionary in Peru. From the Asian Catholic Publishers and the Archdiocese of Manila under Jaime Cardinal Sin, he received the Catholic Authors Award in 1996. A well-traveled writer, he has visited many places in Europe and in Asia, including Tibet. As an Augustinian friar, he has worked and lived in North and South America as well as in Spain.

A Preview for this title is currently not available.
More Books By Gilbert Luis R Centina III
View All