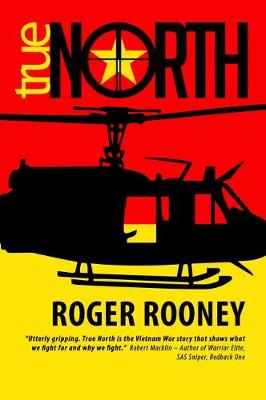 Story Arc - In 1962, Australian Army adviser Lieutenant Jack Burns is deployed as part of 'The Team' to the Mekong Delta, the hotspot of the Vietnam War, where he is about to undergo the ultimate test of his conviction. As Jack is honing his craft in the Delta, Tran, a teenage soldier girl with the North Vietnamese Army makes her way down the Ho Chi Minh Trail and into the Delta, where she must stare down the might of US firepower at the Battle of Ap Bac. In a war without frontlines, Jack and Tran must fight to survive in the most dangerous place in the world...South Vietnam. True North HALO drops the reader into the contested paddy fields and the viscous military swamp that was Vietnam divided between the corrupt Diem regime in the South and a ruthless communist-cum-nationalist fanaticism in the North - with Big Brother American raging like some crippled giant, an Ozymandias of the Mekong Delta. More than that, the readers sees the conflict through the vulnerable eyes of an Australian adviser to the South, and a fighter from the North who just happens to be a beautiful young women. The reader travels with the two protagonists, Jack and Tran, separately and together through some of the most harrowing events of the first years of the war. Vietnam itself is evoked with an authority that is certain to engage the reader, and the battle scenes are so powerful that images remain long after the reader has returned the book to its place among the most memorable in the reader's collection.The ending is resolved with sophistication and subtlety and in a manner that is not only courageous it is beautifully symbolic at both the historical and personal levels of the narrative.

» Have you read this book? We'd like to know what you think about it - write a review about True North book by Roger Rooney and you'll earn 50c in Boomerang Bucks loyalty dollars (you must be a Boomerang Books Account Holder - it's free to sign up and there are great benefits!)