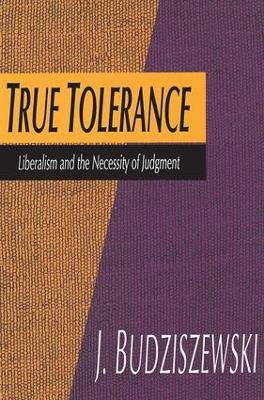 Liberalism and the Necessity of Judgment

In contemporary liberal thought, "tolerance" has come to be redefined as a synonym for ethical neutrality: refusal to judge among competing views of goods and evils. The result of this extreme relativism has been a foundations crisis in law, politics, education, and other areas of social life. In this lucidly written and brilliantly argued volume, J. Budziszewski attempts to reserve the self-destruction of modern liberalism by showing that true tolerance is not only consistent with taking stands about objective goods and evils, but actually requires doing so.Tolerance, falsely understood as ethical neutrality, has the paradoxical effect of crippling policy choice by divesting it of the moral and practical framework on which it depends. By painstakingly and exhaustively dissecting each of the many neutralist arguments, Budziszewski demonstrates that real neutrality is logically impossible. Confronted by alternative views, the neutralist at best obscures his own underlying judgments, and at worst abandons all possible defense against fanatics who oppose both true equality and true tolerance.True Tolerance is both a rigorous critique, and a polemic undertaken in the name of a positive, twenty-first century vision of liberalism. Budziszewsky outlines a view of true tolerance that assumes a relationship with an older liberal tradition and a codependence with other virtues, including humility, mercy, charity, respect, and courtesy. This vision is rooted in historical experience and rational conviction about what is good. In the spirit of liberal and classical theorists of virtue from Aristotle to John Locke to Alasdair MacIntyre, the virtue of true tolerance is much more than a readiness to follow known rules; it includes a developed ability to distinguish good rules from bad, and to choose rightly even where there are no rules or where rules seem to contradict each other. Accessibly written and intended for a wide readership, True Tolerance will be of special interest to political theorists and activists, and to sociologists and philosophers. 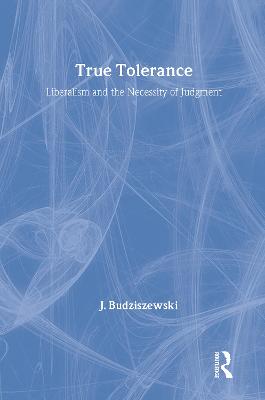 » Have you read this book? We'd like to know what you think about it - write a review about True Tolerance book by Jay Budziszewski and you'll earn 50c in Boomerang Bucks loyalty dollars (you must be a Boomerang Books Account Holder - it's free to sign up and there are great benefits!)


A Preview for this title is currently not available.
More Books By Jay Budziszewski
View All