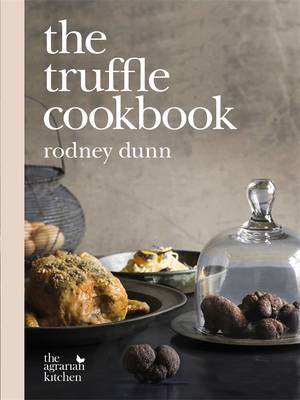 Harvested in winter, truffles have an intense earthy flavour that works particularly well with indulgent ingredients such as cream, butter and cheese. Rodney's recipes are lush and comforting - just the thing for cosy meals at home - and once you start experimenting, you'll be surprised at how many dishes can be enhanced by this inimitable fungus. As Rodney firmly believes, there is no such thing as too much truffle.

» Have you read this book? We'd like to know what you think about it - write a review about Truffle Cookbook book by Rodney Dunn and you'll earn 50c in Boomerang Bucks loyalty dollars (you must be a Boomerang Books Account Holder - it's free to sign up and there are great benefits!)

Rodney Dunn grew up on a farm in rural New South Wales. During his chef apprenticeship he worked under Tetsuya Wakuda at esteemed Sydney restaurant Tetsuya's, before moving into food media. He has since developed recipes for most of Australia's food magazines and worked as food researcher for the Better Homes and Gardens television program. In 2004 he joined Australian Gourmet Traveller as food editor, and continued in the role of contributing food editor for the next 11 years. In a quest for flavour that only the simple life could bring, Rodney and his family left Sydney in 2007 to begin The Agrarian Kitchen in Tasmania, a farm-based cooking school in the Derwent Valley that allows Rodney to indulge his passion for all things food by growing fruit and vegetables, raising pigs, milking goats and keeping honey bees. And of course to share this bounty with his students in the form of cooking experiences, including butchery, smoking, wood-fired cookery, baking and preserving. Rodney has a deep love of cookbooks as is evident in his 800-plus strong library. In 2013 Rodney published his first cookbook, The Agrarian Kitchen. theagrariankitchen.com

A Preview for this title is currently not available.
More Books By Rodney Dunn
View All