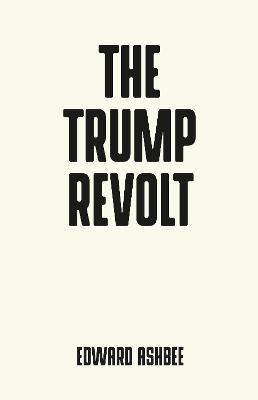 This book considers the reasons for Donald Trump's surprise victory in the 2016 presidential election. It charts the prolonged campaign and the realigning processes that took place, analysing the ideas that defined the Trump platform, the electoral shifts in states regarded as solid 'firewalls' for the Democratic Party and the responses of Republican Party elites. Although he is subject to contradictory pressures, the book places Trump firmly within the right-wing populist tradition. However, it argues that the sentiments that drove his campaign were not only a response to economic fears, high levels of inequality and racial resentment - they were also shaped by the structural character of American governance, which fuels hostility towards Washington DC and the 'political class'. The book concludes by assessing the extent to which Trump's victory and parallel developments in Europe mark a reconfiguration of neoliberalism. -- .

» Have you read this book? We'd like to know what you think about it - write a review about Trump Revolt book by Edward Ashbee and you'll earn 50c in Boomerang Bucks loyalty dollars (you must be a Boomerang Books Account Holder - it's free to sign up and there are great benefits!)