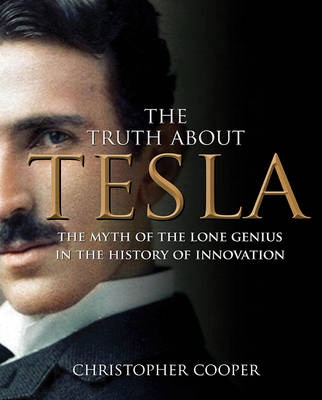 The Truth About Tesla

Description - The Truth About Tesla by Christopher Cooper

Get ready for a shocking account of one of the world's most notable inventors. Nikola Tesla was one of the greatest electrical inventors who ever lived. Though for years the Serbian-born engineering genius was relegated to relative obscurity (his contributions concealed by a number of nineteenth-century inventors and industrialists who took credit for his work or stole his patents outright), the historical record has been corrected. In fact, esteem for Tesla and his inventions now surpass many of the historical luminaries like Thomas Edison, George Westinghouse, and more. A majority of existing literature repeats the familiar account of Tesla's life, including his invention of alternating current power, his falling out with Edison, how he lost billions in patent royalties to Westinghouse, and his fight to prove that Marconi stole 13 of his patents while inventing the radio. But newly uncovered information is proving that this popular account of Nikola Tesla's life is itself very flawed. In The Truth About Tesla, Christopher Cooper sets out to prove that the conventional story not only oversimplifies history, it denies credit to some of the true inventors behind many of the groundbreaking technologies now attributed to Tesla.The Truth About Tesla is one of the first books to set the record straight, tracing the origin of Tesla's genius to scientists and ideas that far predated him.

Other Editions - The Truth About Tesla by Christopher Cooper Book Reviews - The Truth About Tesla by Christopher Cooper

» Have you read this book? We'd like to know what you think about it - write a review about Truth About Tesla book by Christopher Cooper and you'll earn 50c in Boomerang Bucks loyalty dollars (you must be a Boomerang Books Account Holder - it's free to sign up and there are great benefits!)

Christopher Cooper is an expert in energy policy and is a Senior Research Fellow at Vermont Law School's Institute for Energy & the Environment. He has traveled the globe analyzing the most effective methods of harnessing the sun's energy -- from solar towers in South Korea to massive photovoltaic arrays in Mongolia's Gobi Desert. He has written extensively on solar power and the effects of solar activity on electrical systems, including designing a comprehensive plan to protect the North American electricity grid from impending solar storms. His work is published widely in academic journals and trade press from Energy Policy to The Electricity Journal. In 2005, he founded the New York-based Network for New Energy Choices, a non-profit organisation devoted to expanding distributed generation and consumer choice in electricity markets. He graduated from Wake Forest University, where he studied politics and ancient religions, holds a master's degree in communication theory from the University of Miami, and earned a J.D. with a certificate in energy law from Vermont Law School (America's top-ranked energy & environmental law program, according to U.S. News & World Report).

A Preview for this title is currently not available.
More Books By Christopher Cooper
View All