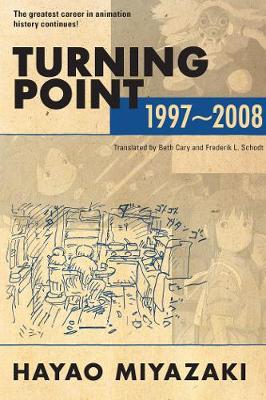 The second volume of legendary animation director Hayao Miyazaki's career memoir continues with essays, interviews, and discussions about some of his most popular films, including Spirited Away and Ponyo.

In the mid-1990s, filmmaker Hayao Miyazaki moved from success to success as his work found an audience outside of Japan. His animated films of the era, including Princess Mononoke, Howl's Moving Castle, and Ponyo, were internationally lauded, and Miyazaki won an Academy Award (R) in 2003 for his popular and critical hit Spirited Away.

Follow Miyazaki as his vision matures, as cinema-lovers worldwide embrace his creations, and as critics such as Roger Ebert take up the cause of animation and Miyazaki's films. In a legendary career, these crucial years represent the turning point. 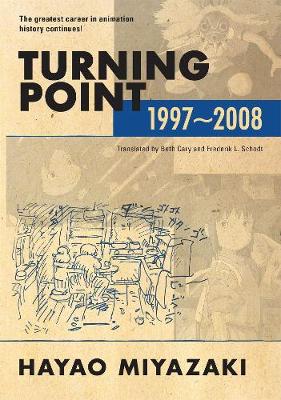 » Have you read this book? We'd like to know what you think about it - write a review about Turning Point: 1997-2008 book by Hayao Miyazaki and you'll earn 50c in Boomerang Bucks loyalty dollars (you must be a Boomerang Books Account Holder - it's free to sign up and there are great benefits!)


A Preview for this title is currently not available.
More Books By Hayao Miyazaki
View All