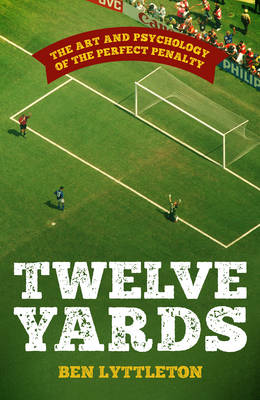 It shouldn't be that hard, should it? It's just a matter of placing a ball into a goal measuring eight feet high and eight yards wide, with only a six-foot man able to stop you. Yet the humble penalty kick has produced an inordinate amount of drama, trauma, boundless joy and shattered dreams since its invention in the late 19th century. And it is not just England who have suffered at its hands.

In Twelve Yards, Ben Lyttleton tells the definitive story of the spot-kick - how to take them, how not to miss them, and the different ways that penalty-takers and goalkeepers approach them, both physically and mentally. And everyone has a tale to tell. Why did Roberto Baggio miss in the 1994 World Cup final? How did Petr Cech dive the right way six times running to help Chelsea win the 2012 Champions League final? What would have happened if Antonin Panenka had missed his famous penalty in 1976? And what has John Wayne got to do with penalties?

Breaking down the statistical likelihood of scoring to within an inch of its life, while weaving together exclusive anecdotes from legends of the penalty with intriguing revelations by psychologists and sports scientists, this is the book that finally provides the answers to one of football's oldest questions. How do you score from twelve yards? 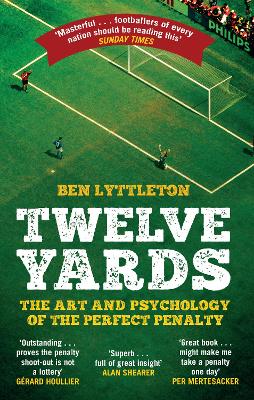 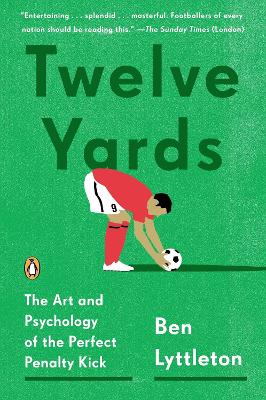 » Have you read this book? We'd like to know what you think about it - write a review about Twelve Yards book by Ben Lyttleton and you'll earn 50c in Boomerang Bucks loyalty dollars (you must be a Boomerang Books Account Holder - it's free to sign up and there are great benefits!)

Ben Lyttleton is a European football writer and broadcaster whose work has been syndicated in more than twenty countries. He is also a director of Soccernomics, the football consultancy.

A Preview for this title is currently not available.
More Books By Ben Lyttleton
View All