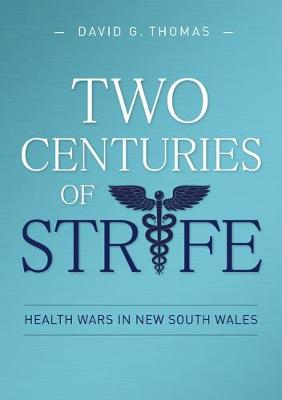 After modern New South Wales was established in 1788, the health modalities of the British settlers were quickly organised into two rival camps. On the one hand there was the formal health system, acknowledged by governments and operated by those with recognised qualifications; on the other there was an informal system practiced by anyone who chose to call themselves a healer and whose therapies later came to be known as complementary or alternative medicine (referred to as Unconventional Medicine in this volume). Over the next two centuries the proponents of both camps were often so hostile and attacked each other with such ferocity that their conflict can justifiably be described as a 'war'. This work sets out to trace the course of that war and demonstrates that it involved not only medical issues, but was strongly influenced by economic, social and particularly political developments.

» Have you read this book? We'd like to know what you think about it - write a review about Two Centuries of Strife: Health Wars in New South Wales book by David G. Thomas and you'll earn 50c in Boomerang Bucks loyalty dollars (you must be a Boomerang Books Account Holder - it's free to sign up and there are great benefits!)


A Preview for this title is currently not available.
More Books By David G. Thomas
View All