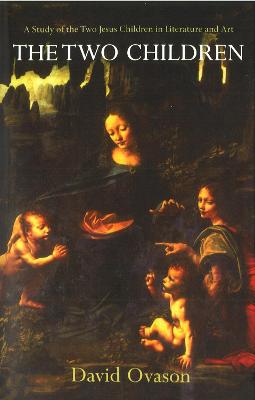 A Study of the Two Jesus Children in Literature and Art

A complete history of the modern world from the occult point of view.

Ovason takes a well-known image or turning point in each successive epoch of modern history and shows that our understanding of what lies behind it is completely wrong. Moreover he reverses the general assumption that these epochs, e. g. Renaissance, Age of Reason, Romantics, the Industrial Revolution, were essentially secularising, materialising movements, by revealing the spiritual impulses behind them. Topics include the astrology in medieval churches, what Joan of Arc did for England, the shadowy 'superior' who instrcued both John Dee and Francis Bacon, the evil infiltration of Masonic lodges that gave rise to the French Revolution and why Nazis showed the swastika spinning backwards.

Other Editions - The Two Children by David Ovason » Have you read this book? We'd like to know what you think about it - write a review about Two Children book by David Ovason and you'll earn 50c in Boomerang Bucks loyalty dollars (you must be a Boomerang Books Account Holder - it's free to sign up and there are great benefits!)

David Ovason has published three books in the arcane field. The Nostradamus Code, has been hailed as a masterpiece of its kind. The Zelator, presents the fascinating autobiography of the magus, Mark Hedsel. The Secret Zodiacs of Washington is his most recent book

A Preview for this title is currently not available.
More Books By David Ovason
View All