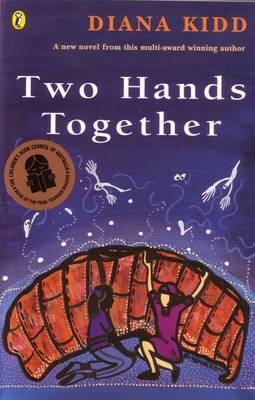 When the Rileys move in next door, Lily and Ella become the best of friends. But Lily can't understand why her Dad doesn't like the Rileys. Why doesn't he want them to go over there? Why is he being so horrible and mean? Does something big have to happen to change his mind?

» Have you read this book? We'd like to know what you think about it - write a review about Two Hands Together book by Diana Kidd and you'll earn 50c in Boomerang Bucks loyalty dollars (you must be a Boomerang Books Account Holder - it's free to sign up and there are great benefits!)

The award-winning and much-loved children's book author Diana Kidd died recently in London en route to Spain, having just completed the finishing touches on her latest novel for young people. Diana's death has had an enormous effect on many people, because Diana was a person who affected people in her living of life. She was a source of light for all who had the privilege to know her. Her generosity, care and love was boundless. Her dedication against injustice, her fight in places where she saw darkness and her commitment to get involved, not just talk about it, earned her respect and many, many friends throughout the community. She was not only a talented and gifted writer, but a giving and wise soul who always gave much more than she expected back. Her humanity was so clearly visible, and she remained open to discovery, delight and surprise in people all around her. Her books include Onion Tears, The Fat and Juicy Place and I Love You, Jason Delaney. Onion Tears won both the 1990 Victorian Premier's Literary Award and the 1990 WA Young Readers Book Award and was shortlisted for the Children's Book Council of Australia (CBC) Book of the Year Award for Younger Readers. The Fat and Juicy Place won the 1993 Australian Multicultural Award for Children's Literature (Junior Section) and was shortlisted for both the 1993 Victorian Premier's Literary Aw