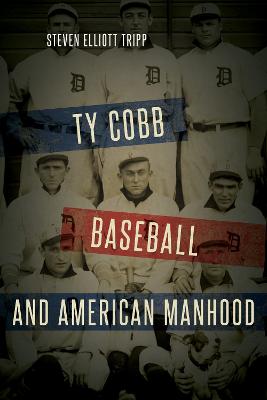 Ty Cobb called baseball a "red-blooded game for red-blooded men," warning that "molly coddles had better stay out." By this, Cobb meant that baseball was the ultimate expression of the masculine ideal - a game of aggression, rivalry, physical and mental dexterity, self-reliance, and primal honor. For over twenty years, Cobb expressed his fierce brand of manhood in ballparks throughout the American Northeast, gaining for himself a level of celebrity that was unsurpassed in the early twentieth century. Fans idolized Cobb not only because he was the best player in the game, but because his boisterous and combative style of play satisfied their desire for exhibitions of visceral manhood. They found in Cobb an antidote for what they feared were the corrupting influences of over-civilization.

With balance, precision, and empathy, Steven Elliott Tripp brings the era to life in a narrative Publisher's Weekly has called "stunning." In contrast to recent biographies of Cobb that have tried to minimize his more brutish behavior and minimize his racial antipathies, Tripp contextualizes Cobb, placing him squarely within the cultural milieu of both the rural South of his birth and the Northern sporting culture of his professional career. Moreover, Tripp's reconstruction of early twentieth-century sporting culture isolates an important source of modern America's culture of hyper-masculinity.

Ty Cobb, Baseball, and American Manhood is both an important work of social and cultural history and an absorbing tale of ambition and the quest for dominance. Tripp has written the rare narrative that is as appealing to scholars as it is to general readers and sports enthusiasts. 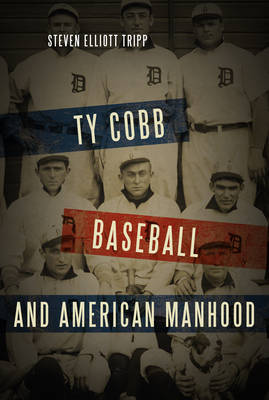 » Have you read this book? We'd like to know what you think about it - write a review about Ty Cobb, Baseball, and American Manhood book by Steven Elliott Tripp and you'll earn 50c in Boomerang Bucks loyalty dollars (you must be a Boomerang Books Account Holder - it's free to sign up and there are great benefits!)


A Preview for this title is currently not available.
More Books By Steven Elliott Tripp
View All