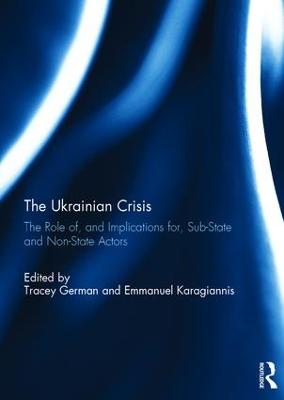 The Role of, and Implications for, Sub-State and Non-State Actors

The conflict in eastern Ukraine continues with little sign of a negotiated resolution. Crimea has been absorbed into the Russian Federation, and celebrates the third anniversary of its 'integration' in March 2017. The ongoing nature of the conflict contrasts with a lack of academic exploration of the issues surrounding it. To date, most analyses have focused on the geopolitical implications of the Ukrainian crisis, such as the impact on NATO-Russia relations, and foreign policy responses to the crisis from a variety of state and supranational actors including the EU and Russia. The role of sub-state and non-state actors, and implications for them, has been largely overlooked.

This volume seeks to rectify this by examining a wide array of non-state and sub-state actors that have both played a role in the conflict in Ukraine and been indirectly impacted by it.

Other Editions - The Ukrainian Crisis by Tracey German 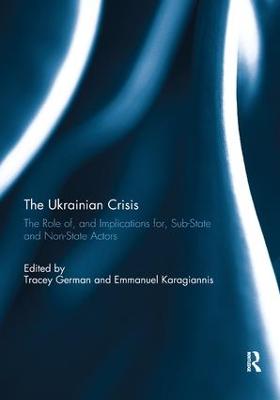 » Have you read this book? We'd like to know what you think about it - write a review about Ukrainian Crisis book by Tracey German and you'll earn 50c in Boomerang Bucks loyalty dollars (you must be a Boomerang Books Account Holder - it's free to sign up and there are great benefits!)

A Preview for this title is currently not available.
More Books By Tracey German
View All