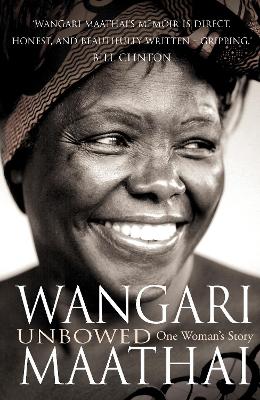 The compelling autobiography of Wangari Maathai, Kenyan peace activist and environmentalist, who in 2004 became the first African woman to win the Nobel Peace Prize.

Born in a rural Kenyan village in 1940, Wangari Maathai was already an iconoclast as a child, determined to get an education even though most African girls then were uneducated. In her remarkable and inspiring autobiography, she tells of her studies with Catholic missionaries, earning bachelors and master's degrees in the United States, and becoming the first woman both to earn a PhD and to head a university department in Kenya. She tells of her numerous run-ins with the brutal government of Daniel arap Moi and of the political and personal reasons that compelled her, in 1977, to establish the Green Belt Movement, which spread from Kenya across Africa, and which helps restore indigenous forests while assisting rural women by paying them to plant trees in their villages.

Maathai's extraordinary courage and determination helped transform Kenya's government into the democracy in which she now serves as Deputy Minister for the Environment and Natural Resources and as a Member of Parliament. Eventually her achievement was internationally recognized in the Nobel Peace Prize, awarded in recognition of her 'contribution to sustainable development, human rights, and peace'.

In Unbowed, we are in the presence of a hugely charismatic yet humble woman whose remarkable story carries with it an inspiring message of hope. Hers is an extraordinary story, spanning different worlds and changing times, and revealing what the courage, determination, tenacity and humour of one good woman can achieve; how as small a thing as planting a seedling and watering it can made all the difference in the world.

Other Editions - Unbowed by Wangari Maathai 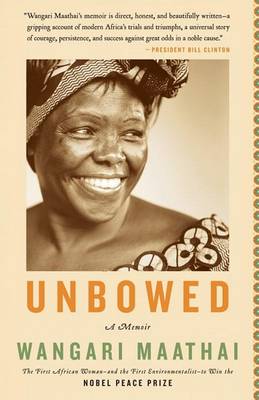 » Have you read this book? We'd like to know what you think about it - write a review about Unbowed book by Wangari Maathai and you'll earn 50c in Boomerang Bucks loyalty dollars (you must be a Boomerang Books Account Holder - it's free to sign up and there are great benefits!)

In 2004, Wangari Maathai was awarded the Nobel Peace Prize, in recognition of her campaigns for democracy and environmental reform during the dictatorship of Daniel arap Moi. Now a leading Kenyan politician, she lives in Nairobi.

A Preview for this title is currently not available.
More Books By Wangari Maathai
View All