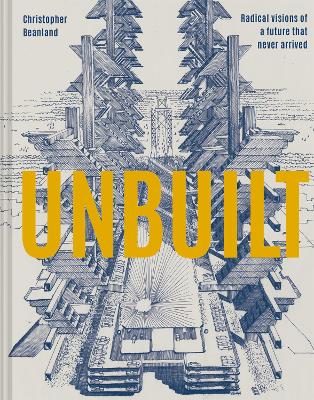 Unbuilt: Radical visions of a future that never arrived

Description - Unbuilt: Radical visions of a future that never arrived by Christopher Beanland

Unbuilt tells the stories of the plans, drawings and proposals that emerged during the 20th century in an unparalleled era of optimism in architecture. Many of these grand projects stayed on the drawing board, some were flights of fancy that couldn't be built, and in other cases test structures or parts of buildings did emerge in the real world. The book features the work of Kenzo Tange, Buckminster Fuller, Geoffrey Bawa, Le Corbusier, Frank Lloyd Wright and Archigram, as well as contemporary architects such as Norman Foster, Zaha Hadid, Will Alsop and Rem Koolhaas.

Richly illustrated with drawings, maps, collages and models from all over the world, it covers everything from Buckminster Fuller's plan for a 'Domed city' in Manhattan to Le Corbusier's utopian dream of skyscraper living in central Paris, from a proposed network of motorways ploughing through central London to an ambitious and ground-breaking scheme for Tokyo Bay by Kenzo Tange.

This is an important book, not just for the rich stories of what might have been in our built world, but also to give understanding to the motivations and dreams of architects, sometimes to build a better world, but sometimes to pander to egos. It includes plans that pushed the boundaries - from plug-in cities, moving cities, space cities, domes and floating cities to Maglev, teleportation and rockets. Many ideas were just ahead of their time, and some, thankfully, we were always better without.

» Have you read this book? We'd like to know what you think about it - write a review about Unbuilt: Radical visions of a future that never arrived book by Christopher Beanland and you'll earn 50c in Boomerang Bucks loyalty dollars (you must be a Boomerang Books Account Holder - it's free to sign up and there are great benefits!)


A Preview for this title is currently not available.
More Books By Christopher Beanland
View All