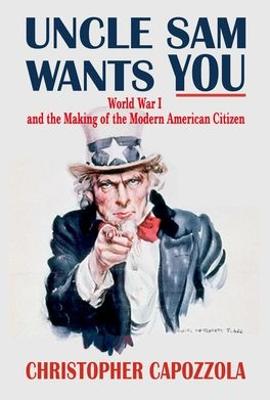 World War I and the Making of the Modern American Citizen

Based on a rich array of sources that capture the voices of both political leaders and ordinary Americans, Uncle Sam Wants You offers a vivid and provocative new interpretation of American political history, revealing how the tensions of mass mobilization during World War I led to a significant increase in power for the federal government. Christopher Capozzola shows how, when the war began, Americans at first mobilized society by stressing duty,
obligation, and responsibility over rights and freedoms. But the heated temper of war quickly unleashed coercion on an unprecedented scale, making wartime America the scene of some of the nation's most serious political
violence, including notorious episodes of outright mob violence. To solve this problem, Americans turned over increasing amounts of power to the federal government. In the end, whether they were some of the four million men drafted under the Selective Service Act or the tens of millions of home-front volunteers, Americans of the World War I era created a new American state, and new ways of being American citizens.

Other Editions - Uncle Sam Wants You by Christopher Capozzola 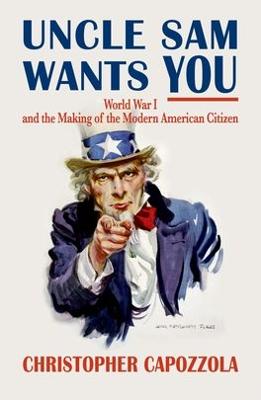 » Have you read this book? We'd like to know what you think about it - write a review about Uncle Sam Wants You book by Christopher Capozzola and you'll earn 50c in Boomerang Bucks loyalty dollars (you must be a Boomerang Books Account Holder - it's free to sign up and there are great benefits!)

Christopher Capozzola is an Associate Professor of History at the Massachusetts Institute of Technology.

A Preview for this title is currently not available.
More Books By Christopher Capozzola
View All

Bound by War: How the United States and the Philippines Built America's First Pacific Century
$44.99 $49.99