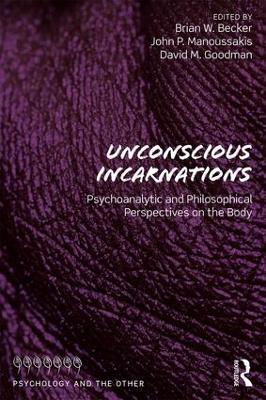 Psychoanalytic and Philosophical Perspectives on the Body

Unconscious Incarnations considers the status of the body in psychoanalytic theory and practice, bringing Freud and Lacan into conversation with continental philosophy to explore the heterogeneity of embodied life. By doing so, the body is no longer merely an object of scientific inquiry but also a lived body, a source of excessive intuition and affectivity, and a raw animality distinct from mere materiality.

The contributors to this volume consist of philosophers, psychoanalytic scholars, and practitioners whose interdisciplinary explorations reformulate traditional psychoanalytic concepts such as trauma, healing, desire, subjectivity, and the unconscious. Collectively, they build toward the conclusion that phenomenologies of embodiment move psychoanalytic theory and practice away from representationalist models and toward an incarnational approach to psychic life. Under such a carnal horizon, trauma manifests as wounds and scars, therapy as touch, subjectivity as bodily boundedness, and the unconscious 'real' as an excessive remainder of flesh.

Unconscious incarnations signal events where the unsignifiable appears among signifiers, the invisible within the visible, and absence within presence. In sum: where the flesh becomes word and the word retains its flesh.

Unconscious Incarnations seeks to evoke this incarnational approach in order to break through tacit taboos toward the body in psychology and psychoanalysis. This interdisciplinary work will appeal greatly to psychoanalysts and psychoanalytic psychotherapists as well as philosophy scholars and clinical psychologists. 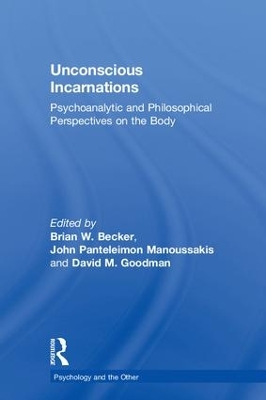 » Have you read this book? We'd like to know what you think about it - write a review about Unconscious Incarnations book by Brian W. Becker and you'll earn 50c in Boomerang Bucks loyalty dollars (you must be a Boomerang Books Account Holder - it's free to sign up and there are great benefits!)

A Preview for this title is currently not available.
More Books By Brian W. Becker
View All