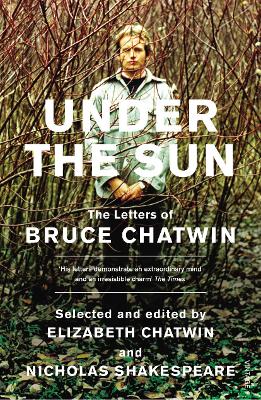 The Letters of Bruce Chatwin

Description - Under The Sun by Bruce Chatwin

The definitive collection of the letters of the enigmatic writer, providing new perspectives on his extraordinary life

Bruce Chatwin is one of the most significant British novelists and travel writers of our time. His books have become modern-day classics which defy categorisation, inspired by and reflecting his incredible journeys. Tragically, Chatwin's compelling narrative voice was cut off just as he had found it. 'Bruce had just begun' said his friend, Salman Rushdie, 'we saw only the first act'.But Chatwin left behind a wealth of letters and postcards that he wrote, from his first week at school until shortly before his death at the age of forty-eight. Whether typed on Sotheby's notepaper or hastily scribbled, Chatwin's correspondence reveals more about himself than he was prepared to expose in his books; his health and finances, his literary ambitions and tastes, his uneasiness about his sexual orientation; above all, his lifelong quest for where to live. Comprising material collected over two decades from hundreds of contacts across five continents, Chatwin's letters are a valuable and illuminating record of one of the greatest and most enigmatic writers of the twentieth century.

Other Editions - Under The Sun by Bruce Chatwin Book Reviews - Under The Sun by Bruce Chatwin

» Have you read this book? We'd like to know what you think about it - write a review about Under The Sun book by Bruce Chatwin and you'll earn 50c in Boomerang Bucks loyalty dollars (you must be a Boomerang Books Account Holder - it's free to sign up and there are great benefits!)

Bruce Chatwin reinvented British travel writing with his first book, In Patagonia, and followed it with four other books, each unique and extraordinary. He died in 1989. Elizabeth Chatwin was born in the U.S.A. She came to London in 1961 to work at Sotheby's, where she met Bruce Chatwin.They married in 1965. She now keeps Black Welsh Mountain Sheep. b> b>Nicholas Shakespeare was born in Worcester in 1957 and grew up in the Far East and Latin America. He is the author of The Vision of the Elena Silves, winner of the Somerset Maugham and Betty Trask awards, The High Flyer, for which he was nominated as one of Granta's Best of Young British Novelists, The Dancer Upstairs, and most recently, Inheritance. His non-fiction includes In Tasmania, winner of the 2007 Tasmania Book Prize, and an acclaimed biography of Bruce Chatwin.

A Preview for this title is currently not available.
More Books By Bruce Chatwin
View All