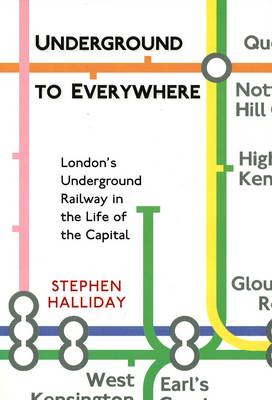 London's Underground Railway in the Life of the Capital New edition

London's Underground is one of the best-known and distinctive aspects of the city. Since Victorian Times, this remarkable feat of engineering has made an extraordinary contribrution to the economy of the capital and played a vital role in the daily life of generations of Londonders. Stephen Halliday's informative, entertaining, wide-ranging history of the Underground celebrates the vision and determination of the Victorian Pioneers who conceived this revolutionary transport system. His book records the scandal, disappointments, and disasters that have punctuated the story and the careers of the gifted, dedicated, sometimes corrupt individuals that have shaped it's history. It also gives a fascinating insight into the neglected, often unseen aspects of this subterranean system - the dense network of tunnels, shafts and chambers that have been created beneath the city streets. AUTHOR: STEPHEN HALLIDAY is an authority on the history of London, with a special interest in the great engineering and construction works which created the modern city. He is the author of The Great Stink of London: Sir Joseph Bazalgette and the Cleansing of the Victorian Metropolis.

Other Editions - Underground to Everywhere by Stephen Halliday 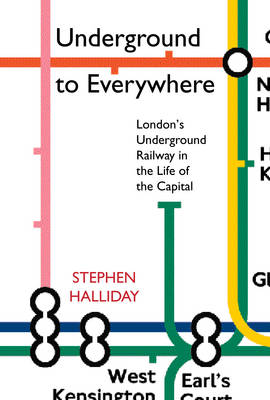 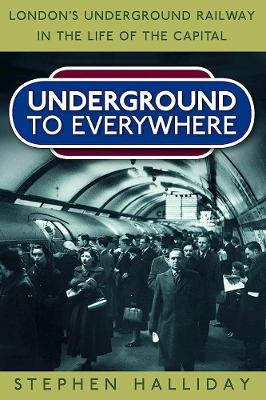 » Have you read this book? We'd like to know what you think about it - write a review about Underground to Everywhere book by Stephen Halliday and you'll earn 50c in Boomerang Bucks loyalty dollars (you must be a Boomerang Books Account Holder - it's free to sign up and there are great benefits!)

Stephen Halliday is an expert on the history of Victorian London, with a special interest in public works and planning. His best-known book is 'The Great Stink of London: Sir Joseph Bazalgette and the Cleansing of the Victorian Metropolis'.

A Preview for this title is currently not available.
More Books By Stephen Halliday
View All

Journey to Crossrail: Railways Under London, From Brunel to the Elizabeth Line
$35.51 $39.46